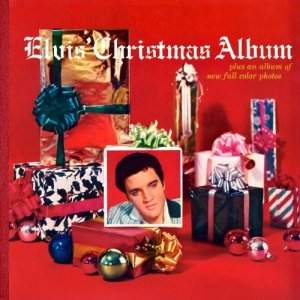 The original release of “Elvis’ Christmas Album” came out in 1957 and initially sold 3 million copies. In 1970, RCA released another edition of the album which omitted four gospel songs and added two additional Christmas songs sung by Elvis.

The Diamond certification awarded in 2012 represents sales from the 1970 version. That means that both editions have sold a total of 13 million copies. The album has sold an additional 2 million copies in the rest of the world.

One of the songs on the album was a source of controversy when it was released in October 1957. The composer of “White Christmas,” Irving Berlin, did not like Presley’s version of the song and tried to get it banned from radio stations across the country. Presley sang the song in the same style as The Drifters R&B version. However, The Drifters rendition did not cause as much controversy because it was only played on black radio stations.

Most radio stations refused to comply with Berlin’s request to stop playing Presley’s version. “Elvis’ Christmas Album” hit the album charts every year for the next five years.

[Note: See the 2020 updated version of this article – click here]