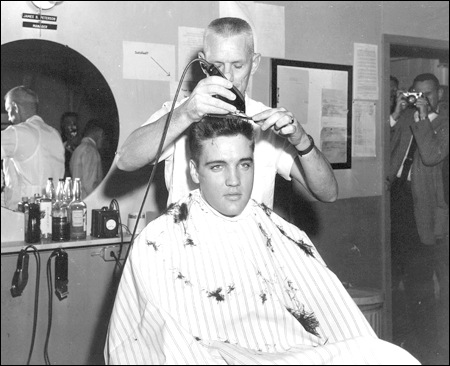 Although Fort Smith, Arkansas is a 4.5-hour drive from Memphis, die-hard Elvis fans should add this town to their Elvis “must-see” list when visiting the South.  The Chaffee Barbershop Museum located in Fort Smith is the only location in the US where fans can commemorate the monumental event where Elvis Presley got inducted into the army.

Not only did Elvis’ army induction begin a substantial halt to Elvis’ career for two years, but it also drastically changed Elvis’ look. As part of the induction process, Elvis’ long black locks and sideburns were chopped off by a barber leaving Presley with a standard army buzz haircut.

The thought of Elvis’ getting a haircut like this was so traumatizing to fans that some were prompted to write letters begging for this event never to take place. On display in the museum is a letter that three young girls from Montana wrote to none other than President Eisenhower asking for his assistance to keep Elvis’ hair intact: “We think it’s bad enough to send Elvis Presley in the army, but if you cut his sideburns off we will just die!” wrote the girls.

The museum opened in 2008 and was restored to look the way it did in 1958 when Elvis got his G.I. haircut. In addition to authentic barber chairs and grooming supplies from the 1950s, the museum also features exhibits and photos about Elvis’ army induction, as well as the military and refugee history of Fort Chaffee.

The King’s visit to Fort Chaffee may have received less attention if Colonel Parker was not involved. However, Parker turned Elvis’ army induction into a media circus alerting press from around the world to document the visit. In addition to his haircut, Presley’s three days at Fort Chaffee also included fingerprinting for official paperwork, his uniform issue and inoculations.

Just next door to the barbershop are the barracks where Presley stayed before moving on to Fort Hood, Texas for training. In 2015, Chaffee Crossing received a grant to renovate the barracks to turn that building into a museum also to give visitors a sense of what Elvis experienced as a new army recruit.

Admission to the Chaffee Barbershop Museum is free.
For more information, visit http://chaffeecrossing.com/index.php?page=museums 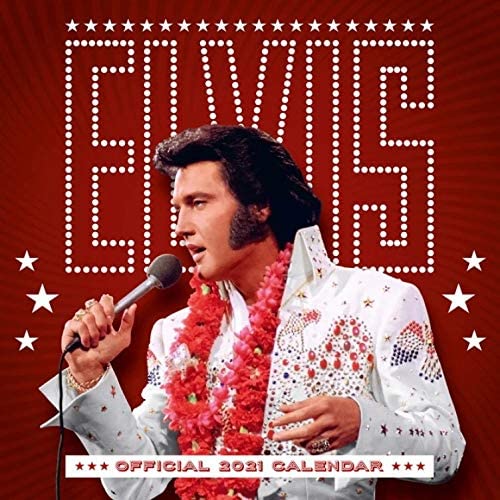